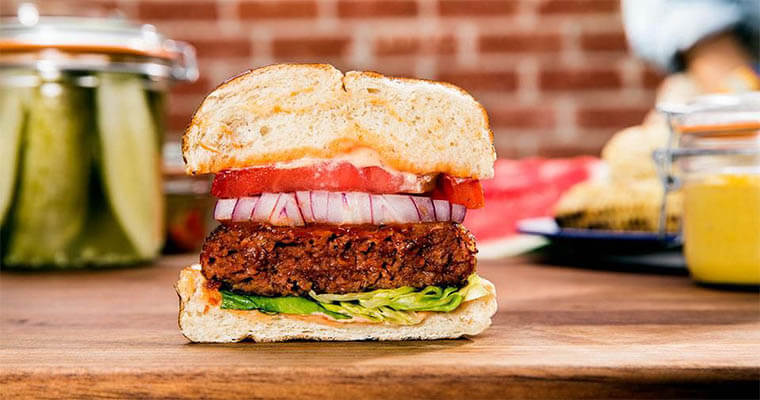 In the aftermath of flooding from Hurricane Florence, which saw 3.4 million chickens and 5,500 pigs drown as a result of being abandoned and trapped in pens throughout farms in North Carolina recently, fecal waste escaped into the water system. According to the North Carolina Department for Environmental Quality, at the time of writing, pig manure and urine from 27 hog farms had spilled out of the lagoons and into the environment, due to heavy rains, posing a risk of possible contamination from E.coli, salmonella, pharmaceuticals and insecticides.

While freak weather conditions instigated this particular scenario, the reality is that animal agriculture is an environmental disaster. Research in 2006 by the United Nations, as well as a more recent study from  Oxford Universityin the UK earlier this year, reveals a shocking picture of animal-based farming contributing to the over-use of land and water, pollution, loss of biodiversity, and deforestation, as well as being one of the leading causes of greenhouse gas emissions.

Plant-based food, on the other hand, has been lauded as being more sustainable, but until now there have been few, if any, in-depth studies examining the environmental impact of a commercially available plant-based meat product.

Since 2016, vegan food brand Beyond Meat has positioned its products – plant-based burgers created to look, feel, taste and cook like their animal-based counterparts – as healthier, more ethical and more sustainable.

Recently the company went a step further and commissioned researchers at the University of Michigan’s Center for Sustainable Systems to put its flagship product the Beyond Burger through a life cycle analysis (LCA) study to determine how its environmental impact (greenhouse gas emissions, energy, water and land use) compares with production of a traditional beef burger.  The study also sought to highlight how Beyond Meat could make the Beyond Burger product chain even more eco-friendly.

The environmental impact of US beef production was drawn from an existing LCA study commissioned by the National Cattlemen’s Beef Association in 2017 and the Beyond Burger’s LCA was evaluated using the same impact assessment methods.

The report, which was released today, found that the Beyond Burger generates 90% fewer greenhouse gas emissions, requires 46% less non-renewable energy, has more than 99% less impact on water scarcity and 93% less impact on land use than a quarter pound of US beef.

To give you an idea of the real-life impact, according to a spokesperson for Beyond Meat: “On average, Americans eat three burgers a week. If they switched just one of these beef burgers to a Beyond Burger for a year, it would be like taking 12 million cars off the road and saving enough energy to power 2.3 million homes.”

And while the report acknowledged that these figures may not be “absolute” and could vary somewhat, it still deemed the plant-based burger to be far more sustainable than a traditional one (including burgers made from grass-fed beef). “There is no indication that a situation or condition may arise in which the environmental performance, as indicated by the categories considered here, of the Beyond Burger would be worse than that of a beef burger,” the report – which underwent an independent peer review process – notes.

The report also highlighted areas where Beyond Meat – whose investors include Bill Gates, Leonardo DiCaprio and Tyson Foods – can improve on environmental performance, most notably by replacing the plastic tray in the Beyond Burger’s packaging. 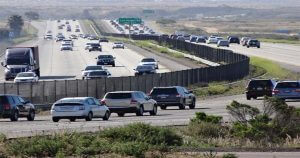 Replacing one traditional beef burger with a Beyond Burger for a year would be like taking 12 million cars off the road, according to Beyond Meat.

The company – which has been named by the United Nations as a 2018 ‘Champion of the Earth’ in recognition of its global sustainability efforts – has already implemented a range of green measures. These include overhauling the packaging design for the debut of the Beyond Sausage, moving from a plastic tray to a fully compostable one and thereby significantly reducing waste; installing water recirculation systems at its new Missouri production facility that reduce the company’s water usage by 80%; and installing solar tubes at its headquarters, which houses the new 26,000-square-foot research and development center, to reduce the company’s dependency on electricity.

So, what does this mean for the food sector and entrepreneurs working in it?

If consumer demand is anything to go by, the future of plant-based meats is bright – despite moves to ban terms such as ‘meat’ for any product that hasn’t come from a slaughtered animal. Data released just last week by the Good Food Institute (GFI) reveals that the US retail market for plant-based food is currently worth $3.7 billion, a growth of 17% in the past 12 months. Sales of plant-based meat have increased 23% in the past year, with the US retail market now worth $684 million.

Since their debut in 2016, more than 25 million Beyond Burgers have been sold. As well as being available in the meat case at more than 12,000 grocery stores, the product is also sold on the menu at more than 11,000 restaurants including TGI Fridays, BurgerFi and Bareburger. Other plant-based burgers are also making their mark: Impossible Foods’ ‘bleeding’ burger is available at more than 3,000 food service locations, while Don Lee Farms sold more than a million of its organic plant-based burgers at Costco stores across the US in less than 60 days earlier this year.

Sustainability, along with health, continues to be a high priority for an increasing number of consumers. According to the 2015 Nielsen Global Corporate Sustainability Report, 66% of global consumers, including those on lower incomes, say they’re willing to pay more for sustainable brands, with millennials being the most willing to spend extra for eco-friendly offerings.

Ethical issues regarding animal welfare concerns are also becoming a priority for consumers. At a recent conference held by GFI, Celeste Holz-Schietinger, director of research at Impossible Foods, said: “People don’t eat meat because they like the fact that animals are slaughtered, they eat it in spite of that. No one eats meat because they’re happy an animal was slaughtered.”

This is an important consideration. If consumers can get a product that mimics everything about animal-based meat – without the need for billions of animals to experience excruciating pain, terror and death – which is also accessible, affordable, healthier and more sustainable, it’s a no-brainer.

We may not be able to stop a hurricane, but we can – and must – clean up our food systems.