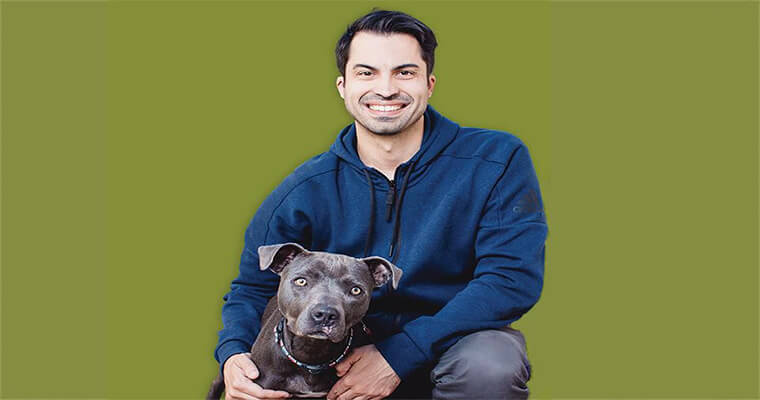 Lola, a French bulldog rescued from a puppy mill, is eagerly queuing up for her fourth sample of Wild Earth kibble. She’s one of several ‘taste-testers’ for this new brand of dog food that aims to transform the $30 billion pet food industry in the US with the introduction of cultured protein products for companion animals.

Conventional pet foods are tested on caged cats and dogs in laboratories. But Lola and her fellow testers are sampling the goods in the comfort of their own homes, as part of a humane protocol approved by the Association of American Feed Control Officials and animal welfare group PETA.

Wild Earth cofounder and CEO Ryan Bethencourt wouldn’t have it any other way. The vegan biohacker is on a mission to provide cruelty-free solutions to our everyday living. During his three-year stint at IndieBio, a life sciences startup accelerator program and early-stage seed fund he co-founded in 2014, Bethencourt has invested in several companies that use biotechnology to create ethical and sustainable products. These include clean meat firm Memphis Meats and clean fish company Finless Foods, as well as startups that are brewing cultured egg whites and gelatin, and making plant-based shrimp.

Now he’s turning his attention to pet food. “I think we can do a lot better than the current industrial animal agriculture system,” says Bethencourt. “It’s damaging the environment, our own and our pets’ health and it’s a horrible system that creates suffering in billions of animals each year. I’m unapologetic in saying that I want to end the use of animals in our food system but I think the only rational way to do that is to give everyone a better option.”

According to researchers at the University of California in Los Angeles and the University of Sydney, Australia, there are approximately 163 million dogs and cats in the US alone whose consumption of meat contributes around 25-30% of its environmental impact. Some commercial pet foods can contain meat scraps unfit for human consumption from ‘4D’ animals: dead, dying, diseased or disabled – including animals who have died from infections – as well as antibiotics and toxic ingredients. And the FDA recently recalled contaminated pet foods that contained traces of barbiturates used to euthanize animals.

Wild Earth aims to address these issues, with the launch of its first product, a plant-based cultured dog food that’s free from toxins, antibiotics, pesticides, and carcinogens. While vegan dog and cat food brands such as V-dog and Veganpet have been around for some time, Wild Earth’s product differs in that it’s made from cultured human-grade koji, a distant relative of the mushroom. 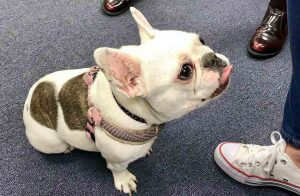 Wild Earth’s cultured plant-based pet food was tested humanely by dogs like Lola (pictured) living in their own homes, instead of in cages in laboratories. (Credit: Wild Earth)

Brewed with plant-derived sugars, the animal-free dog food is engineered with fungal strains at the molecular level, resulting in high protein content that’s comparable and in some cases superior to animal-derived protein sources. Because growth conditions can be controlled during production, different types of proteins can be created with a variety of textures. According to the company’s Chief Veterinary Officer, Dr Ernie Ward, America’s Pet Advocate, the plant-based cultured dog food has a nutritional profile that meets the same requirements as meat-based pet foods.

The product comes in a dry kibble format (wet, canned food is still in development) and will be priced similar to other commercial pet foods at $20-$30 per 20-pound bag. It will be available in three to four months’ time, initially direct to customers via the company’s website. “We want to have a more interactive relationship with our customers and we expect there’s going to be a lot of tailoring for different dogs and cats and different life stages,” says Bethencourt. “Just as we wouldn’t expect all humans to eat the same food, we wouldn’t expect all cats and dogs to need the same nutrients or like the same flavors.”

Using biotechnology gives companies the ability to produce at scale, bringing products to market quickly and affordably. As such, Wild Earth, which is headquartered in Berkeley, California, anticipates larger shipping volumes, retail opportunities including shelf space at holistic vets and animal sanctuaries, and licensed co-branded products in the latter part of 2018. 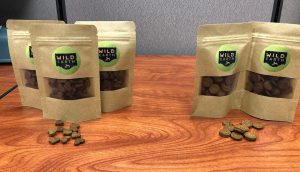 In addition to the plant-based dog food, Wild Earth will also roll out its first cultured animal-cell-based prototypes and samples designed for carnivorous pets, starting with a mouse meat for cats, in late 2018. “Arguably the species we know the best from a biological and cellular perspective is mice and we thought it was a great place to start with a cultured product as cats naturally eat mice, except in this case, no mouse has to suffer,” says Bethencourt.

Currently the majority of clean meat products for human consumption are cultured inhumanely using fetal bovine serum (FBS), which is blood harvested from calf fetuses after they’re removed from the bodies of slaughtered cows. Wild Earth’s prototype cultured meat product for cats is currently made using FBS, but the company has begun research into removing it and has delayed release of the product until 2019 when it’s confident it can be made in a cruelty-free way without the use of FBS. Due to a less onerous regulatory environment and standards in the US, cultured meat for pet food can be delivered faster and at a much lower cost than clean meat for human consumption.

Initially bootstrapped by its four founders in November last year – Bethencourt, Chief Science Officer Ron Shigeta, Chief Operations Officer Abril Estrada, and Chief Relationship Officer Kristin Wuhrman – the company, whose products, ingredients and formulations are all sourced and made in the US, has since raised $4 million in venture capital financing. Lead investors include Felicis Ventures, StrayDog Capital and VegInvest.

While Wild Earth is not yet sharing its projections for sales volume or growth, it’s positioning itself as a competitor against animal-based premium protein products. “We’re a product-focused company first and foremost,” says Bethencourt. “While we may raise additional growth capital, our aim will be to fund the company based on sales of dog and cat products.”

Bethencourt believes that cultured food products will be “transformative” for society. They certainly solve the ethical dilemma faced by many people who live with or care for carnivorous animals, as well as those concerned about the negative health, safety and environmental impacts of conventional pet foods.

People continue to increase their spending on pet products each year (Americans spent an estimated $69.3 billion in 2017 of which nearly $30 billion was on food) and more of them are seeking out clean eating options for their companion animals. This suggests that the cultured pet food market is destined for growth.

Lola will no doubt be delighted.