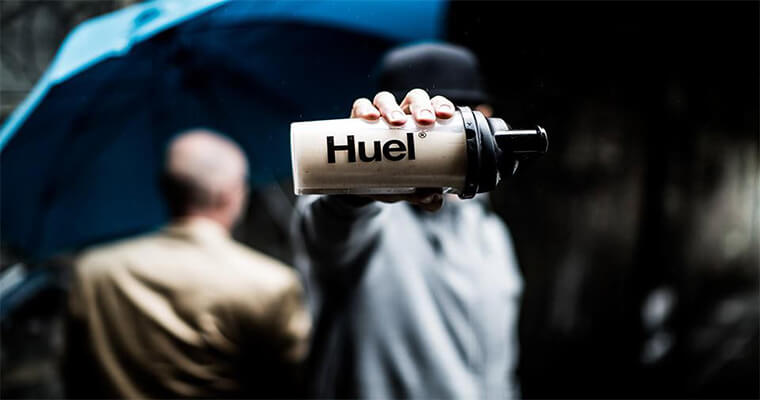 In 2015 serial entrepreneur Julian Hearn launched Huel, a powered food product that he lauds as being “nutritionally complete”. The UK-based company – a portmanteau for ‘human fuel’ – came about after Hearn’s previous venture Bodyhack, a fitness program, saw him become healthier and leaner than he’d ever been. While Hearn relished the results of the program, he didn’t enjoy the time spent preparing and cooking the meals necessary to maintain his health and physique.

After a collaboration with nutritionist James Collier, Huel was born, with an investment of £220,000 that Hearn made from the sale of his affiliate marketing business in 2011 (one that he built from scratch as the sole founder in 2008 with just £1,500 investment and within three years was making over £2 million profit a year).

Huel is a powdered meal replacement designed for busy, time-poor people. Ingredients include oats, pea protein, flaxseed, brown rice protein, a bespoke vitamin and mineral blend and vanilla flavor, with optional flavor boosts such as strawberry, banana, chocolate, cappuccino and chocolate mint. Users mix it with water or plant-based milk in a portable beaker, and the company claims it contains all the proteins, carbohydrates and fats a person needs on a daily basis. The entire range, which includes snack bars and cereals, is vegan and made with minimal waste and packaging (all the ingredients make it into the products and the powder has a shelf life of 12 months). 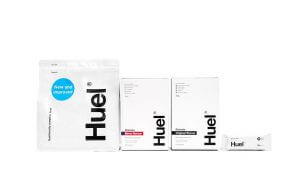 Huel’s entrance into the US market in 2017 has already seen it reach sales of $10 million in year one. (Credit: Huel)

Huel has also been profitable since day one. According to Hearn, EBITDA for the first two years was around 20%, dropping to 4% in the third year due to the company’s decision to reinvest profit into growth.

Bootstrapping and a close eye on expenditure have been key to the company’s success. “From a young age I’ve been very careful with my money and have never had a credit card,” says Hearn. “I apply the same rules when running a company. This may sound old-fashioned but I believe a company should make money, not live on venture capitalist funds. So I only spend on what’s essential, do my research to find more cost-effective solutions, never pay full price, and weigh up the long-term costs. For example, last year we decided to buy an office instead of renting. I also place a strong focus on performance marketing. I prefer online because it’s trackable, measurable, and therefore optimizable. We’re starting to test offline advertising now too, but I demand that we prove the channel works on small tests before committing to large budgets.”

The company’s growth to date is also due to its decision to sell its products to consumers directly from its own website (with a very small percentage via Amazon), cutting out third-party distributors and retailers. Huel is currently sold in 55 countries and this connection with its customers – the majority of whom are early adopters aged 25-45 with a 70/30 male-female split – provides it with valuable intel in regards to what territories to launch into. “We can easily see what the most popular countries outside the UK are, and once we get enough orders from a country, we roll out a dedicated website in the local language and currency with customer support in that local language,” says Hearn.

So keen is the company to maintain this direct connection with customers that, unlike other brands which have created user groups on social media platforms, Huel keeps its community in-house on its own online forum. According to Hearn there are currently tens of thousands of users, who are dubbed ‘Hueligans’. “We like to be in control of our own destiny,” he says. “The forum has been an amazing asset. The close connection and interaction with our users has been invaluable to our rapid growth.” 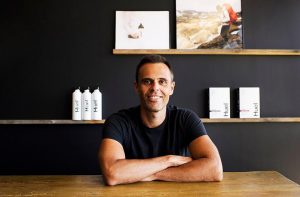 As with his affiliate marketing business, Mashup Media, Hearn did everything to start with at Huel: he created the name, built the website, wrote the sales copy, packaged the boxes and did all the marketing and customer service. The company now has 45 employees in five offices including Los Angeles, London, and Berlin, in addition to more than 40 external staff who work exclusively on Huel at its manufacturing and fulfilment partners. Hearn also relinquished the job of CEO to an external hire so he could focus on his key skills of marketing and branding.

But Hearn admits that while the journey on paper may look impressive, it hasn’t been easy. “There have been millions of challenges along the way,” he reveals. “I nearly gave up many times. Start-ups can be brutal. It can damage your health and relationships, and it’ll suck up all your time and energy. You have to become obsessed. Dealing with external manufacturers is always challenging. They have their own priorities and timelines which often don’t fit with ours, so it can be frustrating. But they have the machinery and experience that we need, so we’ve built relationships and been patient. You overcome the challenges with a mixture of logic, brute force, speed, willpower and long hours.”

When it comes to adding new products to their range, some entrepreneurs rush to bring out too many too quickly, which can place financial stress on a business. Hearn prefers to take a more discerning approach. “We have lots of ideas and our customers request lots of new products,” he says. “But each product adds work and complexity, and it can take the focus away from the core products. Eventually it comes down to a judgement decision, and a very tricky one at that.” 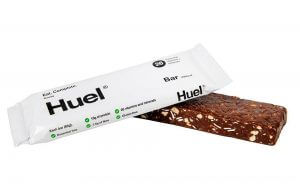 Huel has been in profit every year since it launched. (Credit: Huel)

While some may question the health benefits of food in powdered form, especially if it’s the only source of nutrition in a person’s diet, Huel is positioning itself as a convenient, affordable ($2.35 for a 500-calorie nutritionally complete meal), cruelty-free and sustainable solution to obesity and diseases such as diabetes. It’s currently served more than 17 million meals worldwide and has just drawn up a shortlist of interested investors in the UK and US to help it grow at an even faster rate.

Hearn anticipates the company will be worth $1 billion within the next four years. Key to making this happen, he asserts, is ensuring customer satisfaction with the products and the brand. “It’s a lot easier said than done,” he says. “We’re both a brand and a retailer, and as is said, ‘retail is detail’. You have to do thousands of things right. There’s no magic – it’s just hard work, long hours and a passion to make customers happy.”