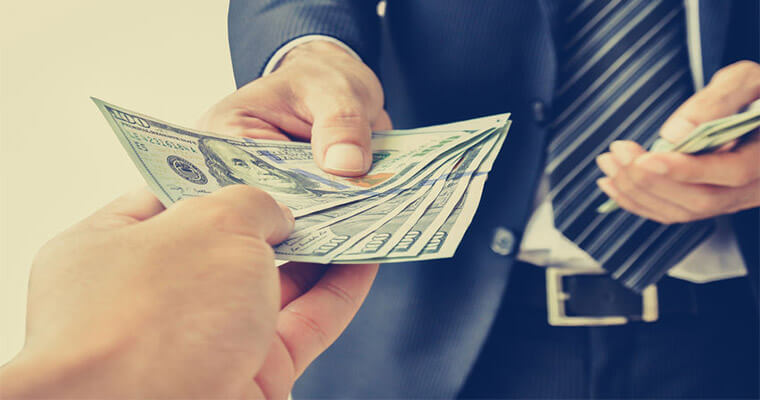 Large corporations are buying socially-conscious brands and not everyone is happy about it, including many of those brands’ consumers.

The move is particularly prevalent in the vegan and plant-based food sector. The latest acquisition to set social media on fire is the purchase of vegetarian food company Sweet Earth by Nestle, a multinational corporation that has attracted controversy and boycotts for decades in regards to a host of issues including human rights and sustainability

Just a few weeks earlier, fast-growing plant-based cheese company Daiya drew the ire of some of its loyal customers in the vegan community for selling its brand to Japanese pharmaceutical firm Otsuka, which carries out animal testing. A petition was started, calling for a boycott of Daiya products, with some retailers across the globe making the decision to stop stocking them. Those unhappy with the acquisition accused Daiya of throwing laboratory animals under the bus to save farmed animals.

Daiya declined to comment on the outcry except for a statement on its website in which CEO Terry Tierney says the acquisition offers a “tremendous opportunity to bring the incredible benefits of a plant-forward lifestyle to people around the world”.

With the plant-based food category exploding (the global meat substitutes market is estimated to reach $5.96 billion by 2022 and could represent a third of the market by 2050), such acquisitions are set to become more commonplace.

So, is it worth selling your mission-driven brand to a larger entity that may not share your values or ethics?

Steve Demos, founder of plant-based packaged foods company WhiteWave in Colorado, advises caution. The entrepreneur started the company with his soy milk brand Silk back in 1977. Over the next two decades he added other plant-based brands to the WhiteWave umbrella before selling the company in 2004 to its main investor Dean Foods, then a dairy company based in Chicago. In April 2017 WhiteWave was bought by French dairy giant Danone and is now known as DanoneWave.

When he sold WhiteWave to Dean Foods, Demos says there were no immediate benefits from the sale, with the team at WhiteWave growing sales autonomously for the first two years. Only after that time was the company able to scale up within Dean Foods’ extensive manufacturing system.

“When a company is acquired, the smaller company often believes that access to the ‘big machine’ will be somewhat immediate and so their reach and gross margin would improve due to bigger systems and more efficiencies,” he says. “I believe this is a myth, at least in the short run. These kinds of changes take time and are much more of a process than the acquired company is somewhat led to believe during the negotiations.”

The potential loss of company culture is also something to consider, warns Demos. “When you are acquired, the acquirer has every right in the world to do whatever they wish with the brand. Your position as the founder has then shifted to adviser and not captain, no matter how solid you think the deal was. Ultimately the larger company will dominate the business and the culture. Our goal at WhiteWave was to so deeply infuse our values and beliefs into the product that the brand value and the moral values were inseparable. We are confident that under our leadership this was accomplished. If we failed, it was in not convincing the acquiring management team of how important these moral values were to the core consumer and to the value of the brand. When certain aspects of the ‘brand package’ were changed, consumer loyalty was shaken and the brand became less dominant.”

Yves Potvin, founder of Canadian meat-alternative brand Gardein, which was bought by Pinnacle Foods in 2014, also laments the loss of the brand’s identity after the sale. This included the removal of 17 of Gardein’s products from the Canadian markets in 2016.

“For cost efficiency reasons, big companies want to centralize everything,” he says. “Our sales force was incorporated into the larger sales department. The main downside was the loss of our cultural identity as a brand and as a company, as well as the slowing down of the innovation process. There is always a period of adjustment when a bigger company buys a smaller company. Small companies are good at bringing new products to market quickly and they have a constant innovation pipeline of products or solutions.”

Potvin is no stranger to selling his brands. In 2001 he sold his company Yves Veggie Cuisine after 16 years to the Hain Celestial group to raise capital to develop his plant fiber technology and start Gardein in 2003. After six years of operation, he needed more capital, so he brought in a private equity partner – a move many entrepreneurs are compelled to take in order to grow their businesses. Yet, as Potvin found, this comes with risks and eventually led to the sale of Gardein to Pinnacle a decade after it was founded.

“Gardein had reached its manufacturing capacity and needed a major investment of capital to grow and expand the brand. Additionally, Gardein’s private equity partner wanted to sell their share of Gardein, and I did not have the cash to buy them out,” Potvin explains. “The biggest challenge for any company that is growing is how to finance that growth. As soon as you bring a private equity firm into the picture, you have a timeline to buy back their shares or to sell. If you want to continue to grow, you need to find some patient money.”

Essentially, it comes down to getting clear why you want to sell your mission-driven brand to a larger company and what trade-offs you are prepared to make for that end goal.

“With Pinnacle’s brand, Bird’s Eye, being the number one brand in frozen vegetables, the company was looking to expand into the value-added vegetable protein space and Gardein was a natural fit for its business,” says Potvin. “Pinnacle built a new plant to increase capacity and helped to put processes in place to expand the Gardein brand.”

Also important is to find out why a larger company, some of whose values or ethics may be contradictory to your brand, wants to acquire you. According to David Benzaquen, CEO of specialist marketing firm PlantBased Solutions in New York, in most cases, the purchasing decision is based on the fact that they see value in what those brands have built. This may take the form of either technology the smaller brand has developed or the community that has built up around the brand that the larger company would likely be unable to access on its own. 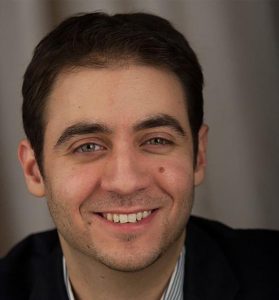 “Large company X is very likely choosing to buy a small vegan company for financial reasons – in fact, it’s their fiduciary responsibility to prioritize these reasons – but that doesn’t mean that their doing so won’t result in a greater benefit to animals, the environment and human health,” says Benzaquen. “Large companies can make a product much more successful in various ways. They often have larger distribution networks and relationships, allowing the products to be sold in more stores, restaurants and outlets. They can also purchase ingredients, manufacture or distribute with more economies of scale and efficiencies, making a product cheaper and more accessible to a wider range of consumers.”

If you find yourself in a position where you’re seeking acquisition, or you’re approached by a larger company to buy your mission-driven brand, here are some questions to ask yourself and them, courtesy of Benzaquen:

Questions to ask yourself:

•    Will the goals I started this business with be further accomplished or diminished by this acquisition?

•    What resources (money, distribution, technical expertise) can the company bring to grow what I started?

•    How has the company handled management of other businesses they’ve acquired?

Questions to ask the larger company:

•    What is your vision for my business?

•    A big part of the brand and trust we’ve built is a commitment to [sustainability/plant-based products/etc]. Would you commit to ensuring that all products in this brand will remain in alignment with this?

•    What, if any, role do you see in the company for me and the rest of my team if we move forward?

•    How do you see my company benefiting the rest of your portfolio?

•    What, if any, changes do you anticipate making to the larger company that are aligned with the values of my business?

Ultimately the aim with any transaction is to provide a win for everyone involved. For cause-led businesses, this includes those not directly involved in the deal but who can be impacted by it.

“If large businesses bring their resources to bear on vegan products, they will benefit because, as they know, the products they have built their businesses on are losing market share, and they need to focus on the products of the future to stay strong financially. The smaller companies may benefit by growing the impact of their missions, including, in some cases, using the resources to start another business with even greater impact,” says Benzaquen.