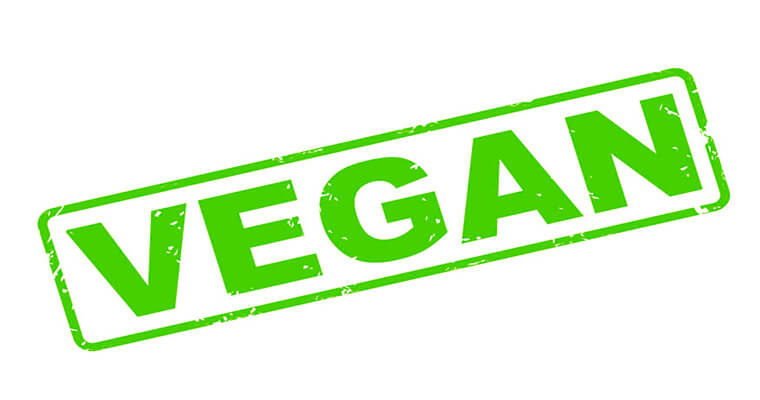 Companies that sell food products containing no animal ingredients should avoid using the labels ‘vegan’ or ‘vegetarian’ if they want to boost sales, according to Bruce Friedrich, executive director of the Good Food Institute. Friedrich made the claims last week, arguing that such labels imply the products are only meant for vegan or vegetarian consumers. Instead, he said, companies should focus on the health aspects and protein content and use the term ‘plant-based’ to appeal to a wider range of customers.

Is he right? Should a business avoid the ‘V’ word in its branding or marketing?

It’s a question I’ve posed to more than 100 entrepreneurs in my book and podcast combined, and the short answer is: It depends.

Firstly it depends on what type of business you’re running. Friedrich’s remarks were aimed specifically at brands that sell food products, such as Gardein, which uses the term ‘meat-free’, along with big-name startups such as Beyond Meat, which uses ‘plant-based protein’ on the front of its burger packaging and a ‘V’ symbol on the back, and Just (formerly Hampton Creek) which avoids the word ‘vegan’ completely on its eggless Just Mayo and Just Scrambled products.

It also depends on your market and the type of consumer you want to reach. Lifestyles Of Health And Sustainability (LOHAS) consumers represent one in four adult Americans and an estimated $290 billion in US spending powerfor goods and services. In the UK the value of the ethical market has grown to double that of tobacco, while the growth of and interest in vegan products is at an all-time high. This article I wrote for Forbes in December highlights some of the key research, data and developments that took place in this sector in 2017, with predictions for 2018 and beyond.

Now, just three weeks into the new year, vegan-related stories continue to make headlines. The number of sign-ups for Veganuary, a charity initiative that encourages people to try vegan living for the month of January, has increased by 91% in the UK, and by a massive 425% in the US. Tesco, one of the largest supermarket chains in the UK launched its own range of 20 vegan ready-meal products (although it avoids the word on its packaging). Even Harvey Nichols, a renowned luxury British department store chain, jumped on the bandwagon and launched a vegan menu, while Domino’s pizza chain in Australia added vegan cheese and three dedicated vegan pizzas to its menu.

More and more people are becoming interested in a vegan lifestyle for health, environmental or ethical reasons. Still others are allergic, intolerant or simply want to avoid certain ingredients. So, with respect to Friedrich, I believe it makes sense to label your product clearly as being suitable for those groups who will be actively searching the packet for this information.

This doesn’t mean you have to put a ton of ‘free from’ descriptors on the front of your packaging as it can lead to consumer perception that the product may lack taste. A Stanford University study, for example, found more diners ate vegetables and assumed they would be more enjoyable when they were described using indulgent language such as ‘sweet sizzlin’ green beans’, rather than healthy phrases, although the lead author acknowledged this wasn’t the case for all countries or cultures.

If you’re aiming your product at mass consumers not overly interested in health, sustainability, ethics or allergens, I believe it’s still worth putting, in small letters, tucked away on the back of the packaging (as well as discreetly on your website) something like ‘suitable for vegans’ or ‘vegan-friendly’ or a vegan trademark symbol. As interest in this way of living continues to rise, it will save you having to add it to your packaging down the track and it makes it easier for people to know your products are suitable for any family members or friends who are vegan or following a plant-based diet.

Is ‘plant-based’ a safer, more inclusive option than the word ‘vegan’? Perhaps. But the definition of ‘plant-based’ is unclear. For many, it means a product free of all animal ingredients, while others believe it refers to a product made up mostly of plants. The confusion this causes consumers is one of the reasons Miyoko Schinner, founder of her eponymous dairy-free cheese and butter brand Miyoko’s, labels the company’s products ‘vegan’. “I’ve traveled to multiple countries, and the word ‘vegan’ is used and recognized everywhere,” she says. “Only industry insiders and vegans use the term ‘plant based’. The average American is more familiar with the term ‘vegan’ than ‘plant-based’. Whether or not you like the word ‘vegan’, most people know that it means a strict vegetarian.” 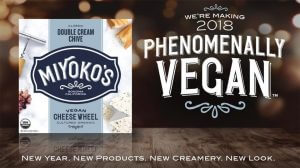 Miyoko’s is on a mission to influence people into compassionate living and isn’t afraid to put the word ‘vegan’ front and center in its branding. (Credit: Miyoko’s)

Schinner is also proud to fly the vegan flag as part of her brand’s mission to influence more people into compassionate living. The four-year-old California-based company, which recently received $6 million in investment funding to expand its production, has even gone so far as to proclaim on the Home page of its website that it’s making 2018 ‘phenomenally vegan’. “The term ‘vegan’ means much more than the ingredients in food,” says Schinner. “It describes a lifestyle of compassion and concern for more than just your dietary choice. We’re at a juncture in human history where we need to start evolving into better, more caring people who consider the consequences of our actions, including our food choices. Sure, we can get people to eat products made from plants without using the word ‘vegan’, but then we wouldn’t be encouraging true awareness and consciousness. ‘Vegan’ may still have some residual negative connotation, but that’s going away. I believe in marching proudly into the future, not hiding in fear because of the past. We plan to set the trend for the future of food.”

This bold stance doesn’t seem to be negatively impacting Miyoko’s sales, which increased by a whopping 300% in the past year alone. And while vegans may have helped fuel the company’s initial growth, interest has spread outside this community. “We suspect that the majority of our customers now are not vegan, because there simply aren’t enough vegans to support this level of growth,” says Schinner. “We also receive emails and social media comments from people who say, ‘I’m not vegan, but your butter is better than anything out there.’”

What about other types of businesses?

In the fashion industry, vegan materials, especially alternatives to leather, have until recently been perceived as cheap and low-quality. But this is changing. Luxury vegan shoes are made in Italian factories alongside the likes of Christian Louboutin and Gucci, while high-end car brands such as Bentley are exploring alternatives to animal-based leather for their interiors.

A similar shift is taking place in the world of beauty and personal care products. Consumers are seeking alternatives to the blood of crushed insects (carmine) common in most red lipsticks and other unnecessary animal-based ingredients such as beeswax, shellac or lanolin. And where once plant-based ingredients were considered to be less effective than synthetic chemicals, the natural beauty sector is now a multi-billion-dollar industry.

As with food, while you don’t necessarily need to feature the word ‘vegan’ prominently in your marketing or packaging, it’s still wise to place such a notification discreetly for those seeking ethical labels. Susie Sierra, founder of a new Australian brand of luxury face oils containing real gold, takes this subtle approach. The word ‘vegan’ appears on the back of the Sierra Gold box and on the leaflet inside with the list of ingredients. “I didn’t want to shout about my brand being vegan,” says Sierra. “I believe that we lead best by example so I incorporate veganism as a seamless part of my lifestyle and my brand. By not challenging people with a big ‘vegan’ slogan and by being subtle and not confrontational, people become curious and this often opens the door to a meaningful and valuable conversation.” 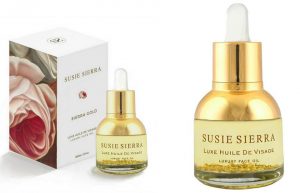 Finally, if you’re a service provider and looking to appeal to a mainstream market, while also attracting vegan and LOHAS clients, a casual mention on your About page or blog may be enough to bring your business up in an online search for a vegan professional in your industry without alienating others not interested in this aspect of your operation. Heather Lounsbury, an acupuncturist and Chinese Medicine practitioner from Live Natural, Live Well in Los Angeles, chooses not to feature the word ‘vegan’ prominently in the promotion of her services. “I steer away from it because I want as many people to come to me as possible without any preconceived ideas,” she says.

Ultimately, the decision of whether or not to use the word ‘vegan’ in your branding or marketing comes down to your business’s mission, values and market. Choose wisely.