In this episode I interview Elizabeth Olsen, founder of Olsenhaus Pure Vegan, a footwear company that was launched in New York in 2008.

Just two years later in 2010, the line was sold in 16 countries in prominent retailers including Barneys and Nordstrom as well as eco-boutique stores.

Both the brand and Elizabeth have been featured in a ton of high-profile media including the New York Times and Wall Street Journal. 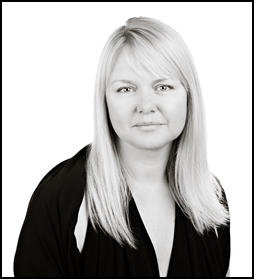 Olsenhaus shoes have captured the attention of celebrities including Emily Deschanel, Alicia Silverstone, Gwyneth Paltrow and Cameron Diaz and have even been displayed in museums.

Before launching Olsenhaus, Elizabeth held a number of prestigious positions at renowned brands including Creative Director for Tommy Hilfiger handbags, and in Creative Direction and Design for Calvin Klein, Nine West and many others.

She also had a career as a wardrobe and prop stylist in film, commercials and print for clients including Nike, IBM, Nissan and Universal Studios and was Producer and Head of Wardrobe for the photography agency Superstock.

During her travels for these companies, she witnessed the horrendous animal cruelty, devastating environmental pollution and hazardous working conditions in the leather industry and launched Olsenhaus as a socially-conscious alternative.

Elizabeth runs the business out of Florida nowadays and is writing a book on consciousness.
In this interview she discusses:

•    The psychological strategies she uses to educate retail buyers to overcome resistance, overwhelm and defensiveness

•    How she got her shoes on the feet of celebrities

•    The importance of having legal counsel to protect your business