In this episode I interview Lee Coates, founder of financial planning firm Ethical Investors in the UK and superannuation (pension) fund Cruelty Free Super in Australia.

Lee has run Ethical Investors since 1989 and established the first vegan investment funds in the UK three years later in 1992, pioneering the concept that animal welfare issues were as important as human rights and the environment. 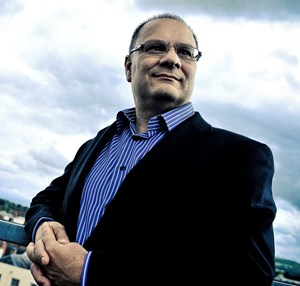 Following on from the success of the funds in the UK, he launched vegan pension fund Cruelty Free Super in Australia in 2010. The fund has high ethical standards in regards to people, animals and planet when it comes to what it will and won’t invest in.

Popular particularly with young women, the fund was initially dismissed by financial professionals in Australia, who didn’t believe that a superannuation fund focusing on animal welfare issues, and only using social media to market itself, would raise $1000, let alone the $28 million it’s brought in so far and so quickly.

An ethical financial planner of 28 years, and one of the top 150 qualified financial planners out of 30,000 in the UK, Lee was awarded an OBE (Order of the British Empire) in 2011 for his services to ethical business and finance.

The self-described ‘Mr Establishment’ enjoys drumming to relax – a throwback to his earlier years of playing drums in various bands – and blogs at Cruelty Free Money on global ethical finance issues.

In this interview Lee discusses:

• The importance of having a diverse investment portfolio

• How vegan investment funds’ performance compares with non-vegan ones