In this episode I interview renowned US TV journalist and best-selling author Jane Velez-Mitchell, founder of JaneUnchained in Los Angeles, a multi-platform social media news outlet that produces original video content on animal rights and the vegan/compassionate lifestyle.

Jane worked as a TV journalist for mainstream media for several decades. This included stints as a news anchor and reporter at KCAL-TV in Los Angeles and WCBS-TV in New York, as well as reporting for the nationally syndicated Warner Brothers/Telepictures show Celebrity Justice, where she did numerous stories on animal issues championed by celebrities. For six years she hosted her own show on CNN Headline News, where she ran a weekly segment on animal issues. 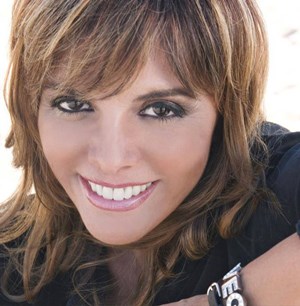 She’s won numerous awards for her reporting, including a Los Angeles and a New York Emmy, four Genesis Awards from the Humane Society of the United States, a Compassionate Leadership Award from Mercy for Animals, and the Nanci Alexander Award from PETA.

Jane has also penned four books: Secrets Can Be Murder, and Addict Nation: An Intervention for America with co-author Sandra Mohr; plus her two New York Times bestsellers: Exposed: The Secret Life of Jodi Arias and her memoir iWant: My Journey from Addiction and Overconsumption to a Simpler, Honest Life.

Since she launched JaneUnchained in 2015, it’s quickly reached a loyal following of just under a million people as of December 2017 across its social media channels, with many videos getting several hundred thousand views.

In this interview Jane talks about:

• What makes a great TV guest

• The importance of creating your own content and becoming the media

• What equipment she uses to make her videos (clue: she shoots them on her phone)