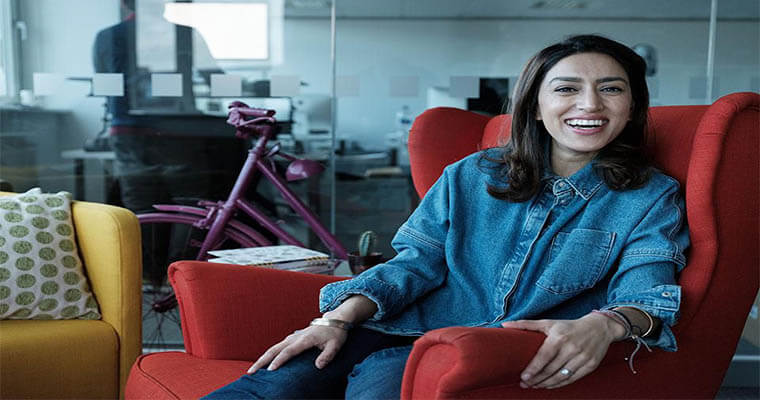 Fifteen minutes before she was due to go on camera 12 months ago, Rimi Thapar was still nervously practicing her pitch in the green room behind the scenes at Dragons’ Den, the UK’s version of popular TV show Shark Tank. The entrepreneur was getting ready to ask some of the country’s wealthiest business owners for £50,000 investment for a 5% stake in her five-year-old healthy snacks brand LoveRaw. “It’s a very tense environment,” she reveals. “Waiting for the green light to enter the den felt like hours and when I did go in, I was greeted with poker-faced glances and no smiles or niceties.”

Almost an hour’s grilling by ‘dragons’ Peter Jones, Touker Suleyman, Tej Lalvani, Jenny Campbell and Deborah Meaden followed, all of which was condensed into just a few minutes for the final show, which aired in February. “I thought I’d be more vocal,” says Thapar. “I’d rehearsed so many times what I’d say if a question cropped up, but nothing can prepare you for how you feel or perform when you have five potential investors firing questions at you.”

Everything from the taste of her snacks to her tight margins were critiqued by the dragons. Thapar finally received an offer from Meaden, an investor known for her passion for healthy food. But she wanted 30% of LoveRaw, way above Thapar’s 5% offering. As a result, Thapar declined the deal. “We weren’t in a desperate position for funding, it was more the expertise and knowledge we needed,” she says. “But when you build a business from the ground up, working 20-hour days for months on end, my gut feeling was telling me not to do the deal.”

Thapar is no stranger to finance and investment deals. She has a degree in economics and pursued a career in banking after graduating, including a stint as a hedge fund marketer at Bank of America Merrill Lynch. She left the industry in 2010 to move to Spain where her husband was based and used her savings for the next two years traveling to and from the UK to visit her sick father.

During this time, she discovered the benefits – including increased energy and overall better health – of vegan and gluten-free eating and the idea for LoveRaw was born. “The name represents being natural, stripped back, unprocessed, transparent and honest,” says Thapar, who returned to the UK to launch the company at her in-laws’ home kitchen in Manchester in the north of England in 2013. “It’s what drove me to start the business. There were food companies and products that were labelled as ‘healthy, natural, simple’, but when you read the ingredients and looked closer, they weren’t. The ones that were good weren’t premium; they had just 0.5% of the key expensive ingredient. I formulated our products to be nutritious. We use 8% pure cacao and 4% maca. That does reflect on the price point, but our customers know this and understand what they’re buying into.”

After an initial investment of just £600 into starting the company, LoveRaw quickly outgrew the home kitchen and Thapar expanded into commercial facilities to produce her range of all-vegan premium health snacks that include Cacao & Maca, Almond & Coconut and Cashew & Lemon bars as well as Turmeric Chai Latte and Blends, Easy Greens and Skin Food drinks.

Part of becoming a successful entrepreneur often requires a certain amount of hustle mixed in with a sprinkle of bravado. Thapar utilized both to get her first order for independent retail chain Whole Foods Market. “I found out the buyer’s name and traveled down from Manchester to London,” she explains. “I got through a key-controlled door and bypassed two reception desks. I said I had a meeting with the buyer. Those five minutes waiting for him were the longest, as I kept wondering how I was going to explain myself.” Fortunately for Thapar, the buyer reacted positively to her pitch for her snack bars and promised to present the opportunity to his team. Two weeks later Thapar received an order worth £13,000.

Since then, the company’s growth has continued. A year ago LoveRaw products launched into 100 of major supermarket chain Sainsbury’s stores and 292 Waitrose stores. They’re also available in a number of premium juice bars, coffee shops, luxury hotels Brown’s and The Gleneagles, and are exported to 22 countries. According to Thapar, this year the company is forecasted to do £1.8 million in retail sales, a year-on-year growth rate of 80%. 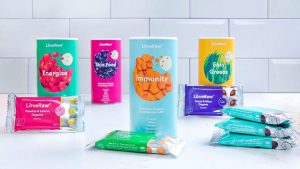 It hasn’t all been plain sailing, though. After launching an organic Apricot & Camu snack bar, Thapar had to recall the product from stores because the packets kept bursting on the shelves due to the apricots fermenting. Cash flow, as is the case for many startups, was also an issue. “When you can’t get credit and favorable payment terms, it’s hard,” says Thapar. “We also had to fund production for orders with the supermarkets, and the banks were not very helpful. We were very close to running out of cash and it was a really stressful time, but we squeezed through it.”

Running a business when you start a family can also pose challenges. Thapar’s husband joined the company two years ago when she experienced complications with her pregnancy and the couple moved house to be close to the office. “I’m now a five-minute walk away from the office and my daughter’s nursery is five minutes away,” says Thapar. “What I’ve found is when you work so intensely, convenience really matters. I don’t have time to sit in traffic that could be time working or spent with my daughter, Marni.”

She also acknowledges the myth of the work/life balance, particularly for working mothers. “It’s impossible for me,” she asserts. “So Marni comes to work when I need to go in sometimes, and I’ll take work home with me. It’s a huge part of my life. I went back to work three months after having my daughter. I really wish I could have had longer but we’re building something great and I don’t mind making the sacrifice. I breastfed Marni for two years and thankfully I could express at work. It’s challenging juggling the two things but I’m determined to make it happen.”

As for Dragons’ Den, Thapar has no regrets about turning down the investment deal from Meaden, who she describes as the “nicest” dragon. After some initial anxiety before the show aired about how it would be edited and portray her business, Thapar was pleased with the outcome, which included nearly 1,000 orders for trial boxes, along with hundreds of coupon downloads and email sign-ups. Some private investors also got in touch and Thapar has formed relationships with them for future fundraising initiatives.

When asked about her advice to other entrepreneurs thinking of going on shows like this, she says: “Know your business inside out, be confident and defend your business, which is something I wish I did more of on the show.”